A couple weeks ago, I traveled to Sikkim with my family. Sikkim is a state in northeast India, known for its glaciers, mountains, tea gardens and diverse flora! It is also home to India’s newest airport (Pakyong Airport) built at 4,500 ft above sea level, whose news sparked our interest to travel there.

We flew from Kolkata, West Bengal to Pakyong on a small Bombardier Dash 8 and the view as we approached Pakyong was absolutely breathtaking! In the middle of the flight, the pilot instructed us to look on our left side, where we caught an aerial view of Kangchenjunga, the third highest mountain in the world, and Mt. Everest. The landing approach was just as scenic as we passed by hilltop towns on the same level as our flight!

Once we landed in Pakyong, we were greeted by locals who were flight-watching at this brand new airport while we took in the beauty of their home. On our drive to Gangtok, Sikkim’s capital city, we visited the Rumtek Monastery, the largest monastery in the state. Located at an altitude of 4,900 feet, the silence and serenity of the gompa truly enabled one to focus on the beauty of the architecture and surrounding mountains as the monks went about their daily routines. 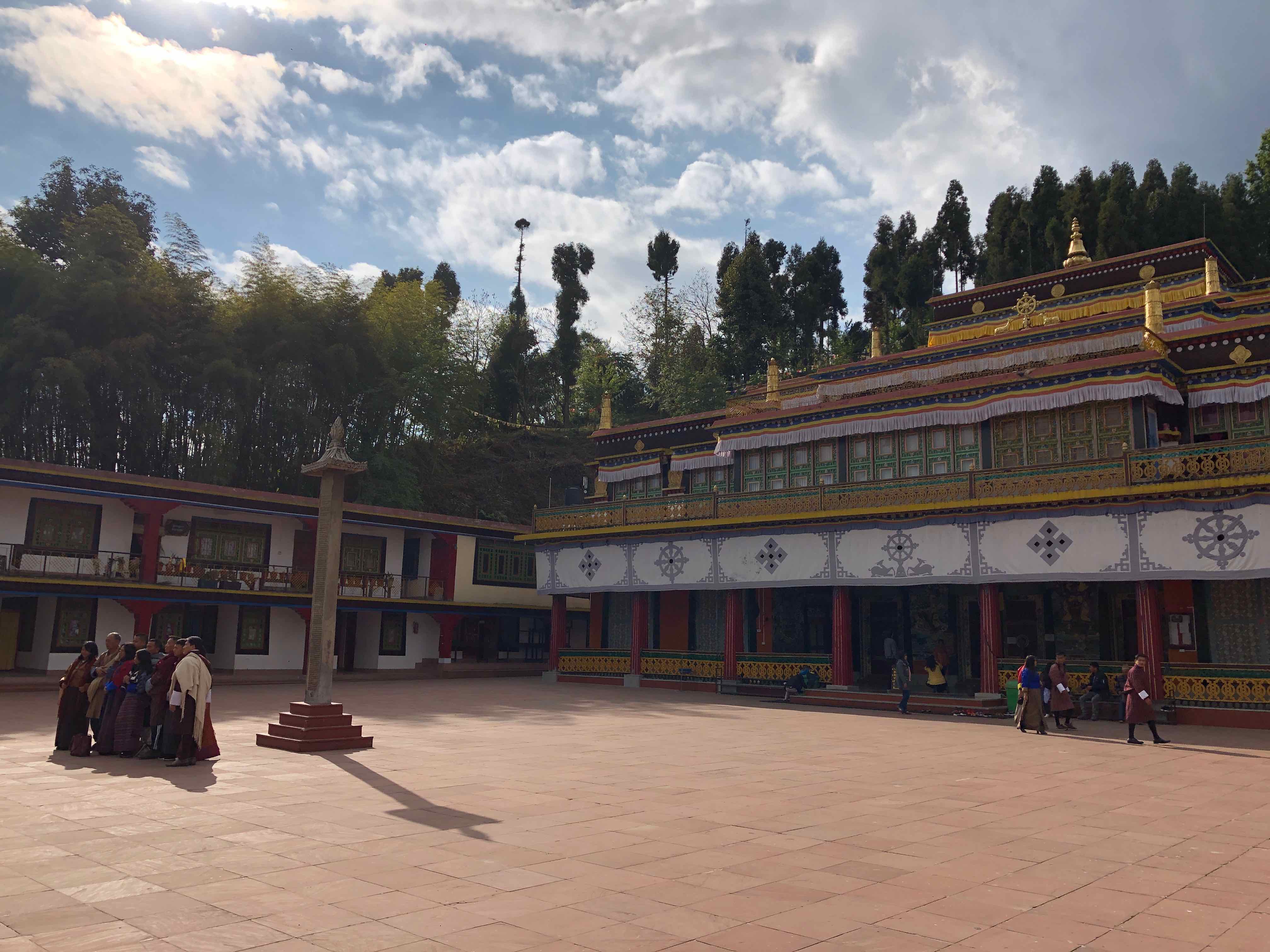 The next day, we drove to Baba Mandir & Lake Tsomgo (or locally known as Changu Lake), in the eastern part of Sikkim. Traveling here require a Protected Area Permit due to the proximity to the border, however, it is completely worth the trouble. On our way to Baba Mandir, the roads started to get icy and our car ended up skidding down a slope that didn’t have any road-side barriers! We ended up retreating and waiting for the locals and soldiers who had come to help to clear the road using a sack of salt and a couple shovels. This took a little over an hour but given the surrounding scenery, there are worse places in the world to be stuck in traffic. 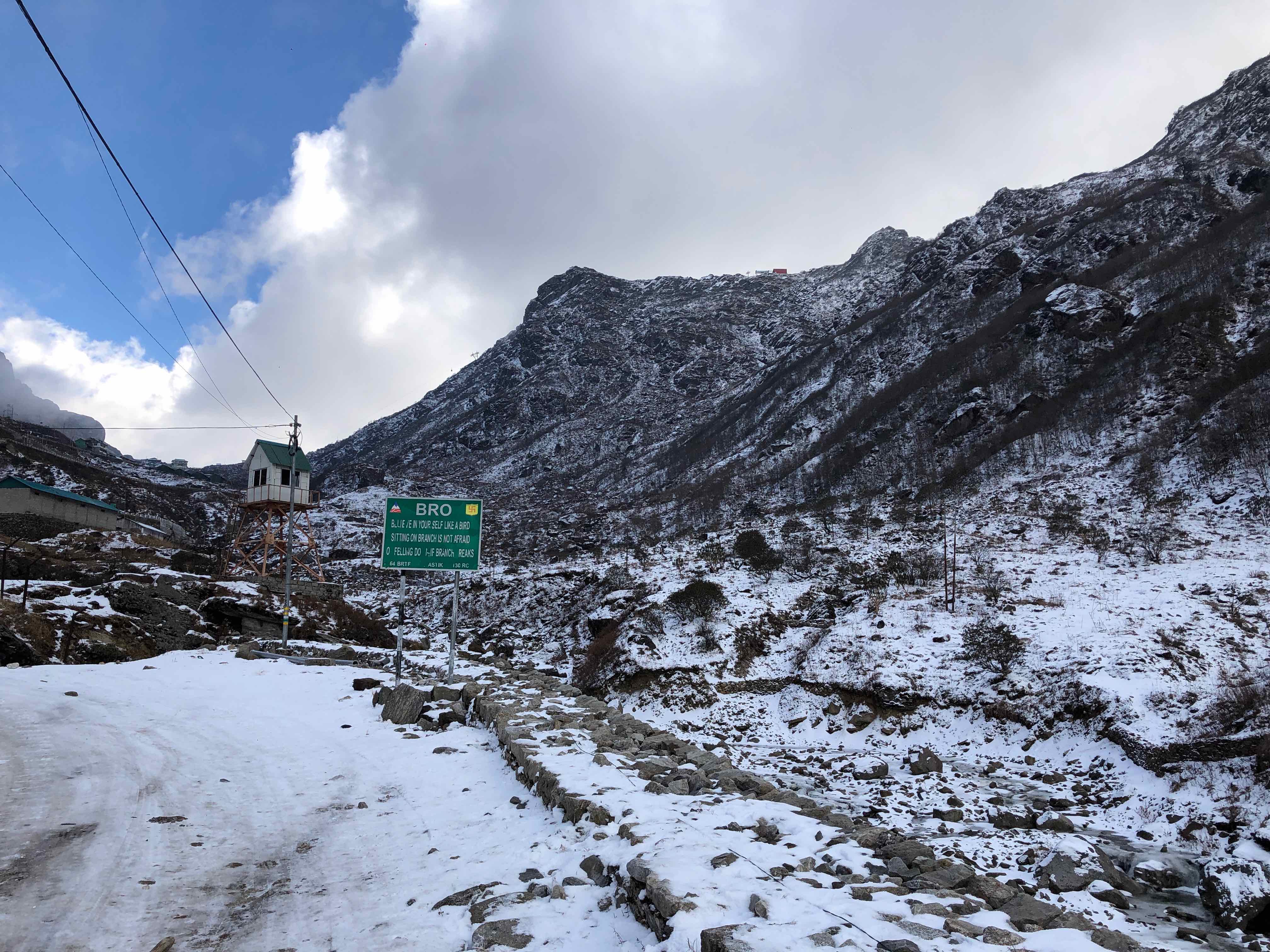 Baba Mandir is a temple dedicated to Baba Harbhajan Singh, an army officer who is believed to reveal himself in the dreams of army officials in the area and provide them with protection and guidance. It stands tall at an altitude of more than 13,000 feet and the continuously playing patriotic music combined with the myriad of Indian patriotic symbols is reflective of the army presence in the state and instills one with a strong sense of patriotism. The temple also provides a magnificent viewpoint of the mountain range and surrounding landscapes. 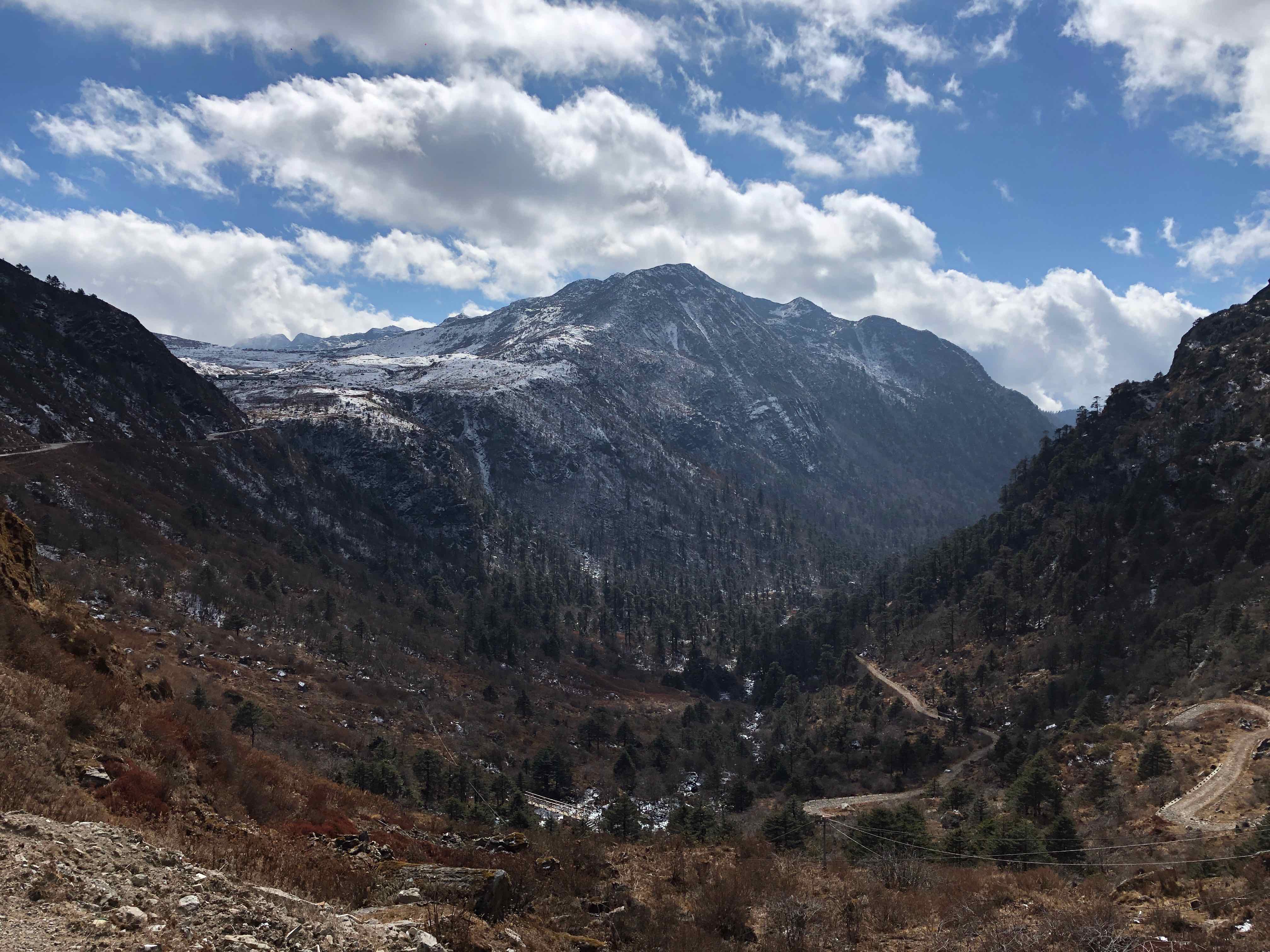 Lake Tsomgo is the most popular destination in Sikkim and rightly so! The lake is at an elevation of more than 12,000 feet and remains frozen for most of the winter season with the ice just starting to form on the surface while we were there. The lake and the surrounding mountains provide a scene of unparalleled beauty that makes you wonder why Bollywood movies are shot in Switzerland after all? There is also a ropeway on the lake grounds that transports you to a seemingly different dimension of snow and fog on the top of one of the surrounding mountains. 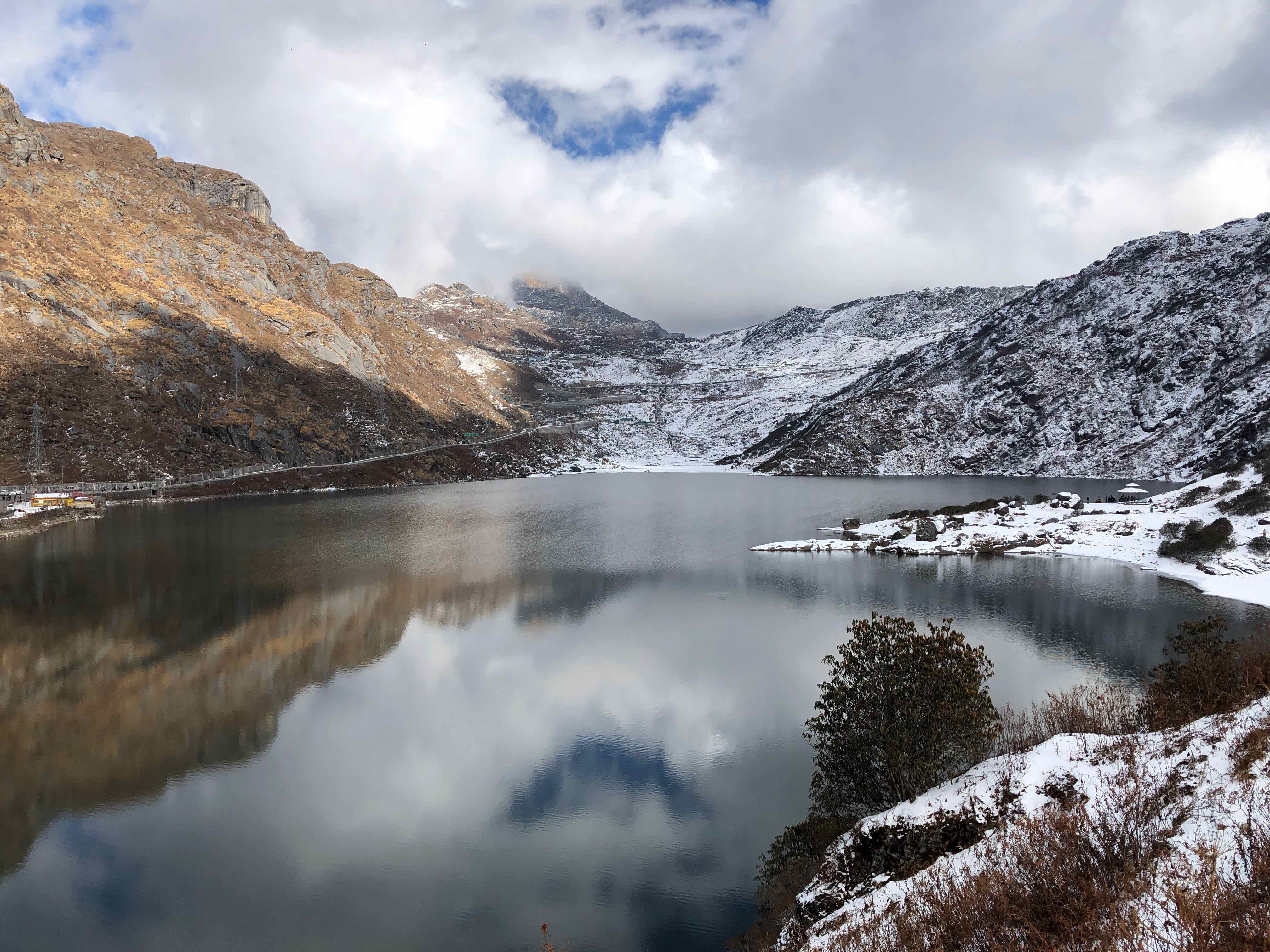 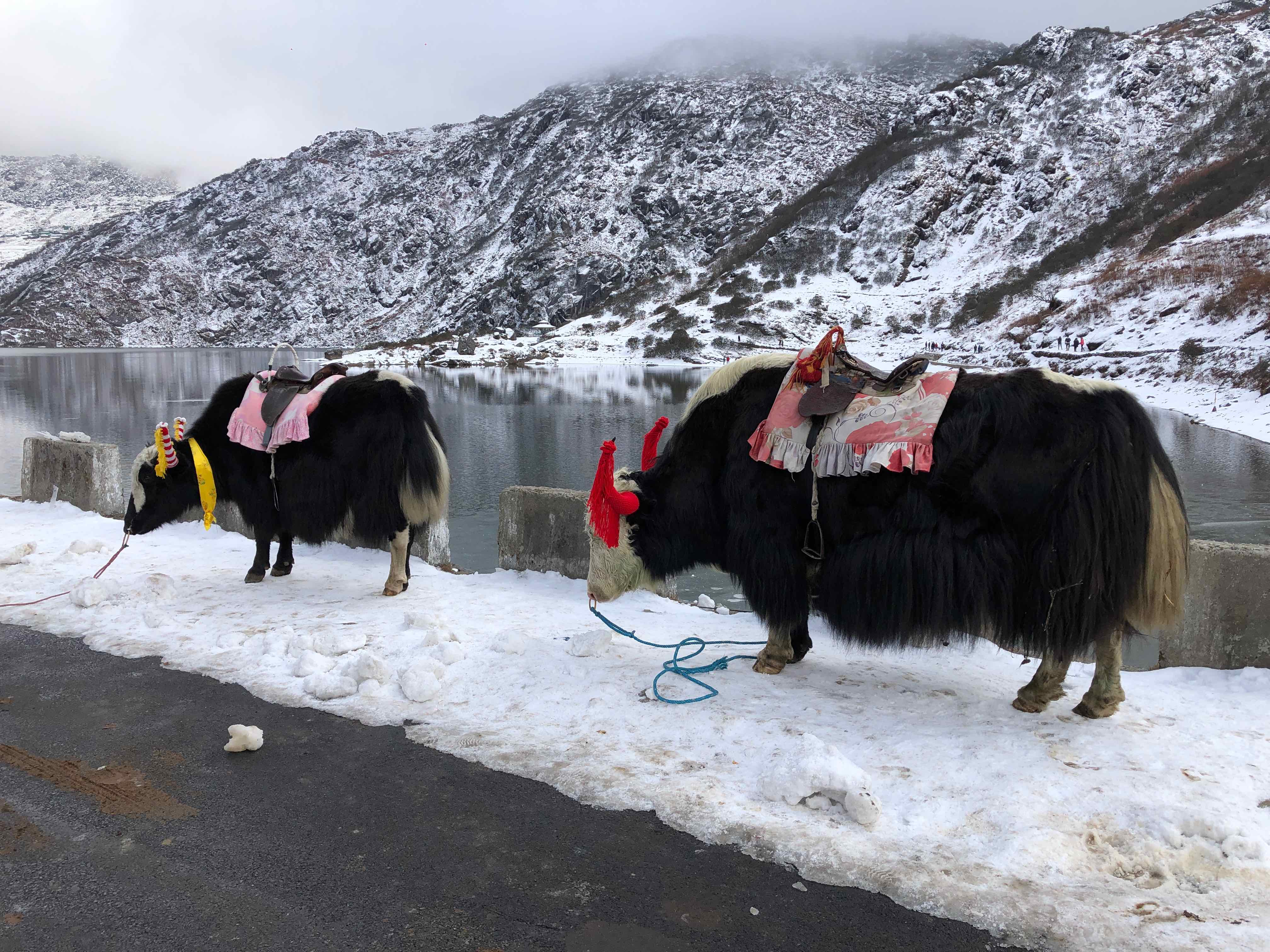 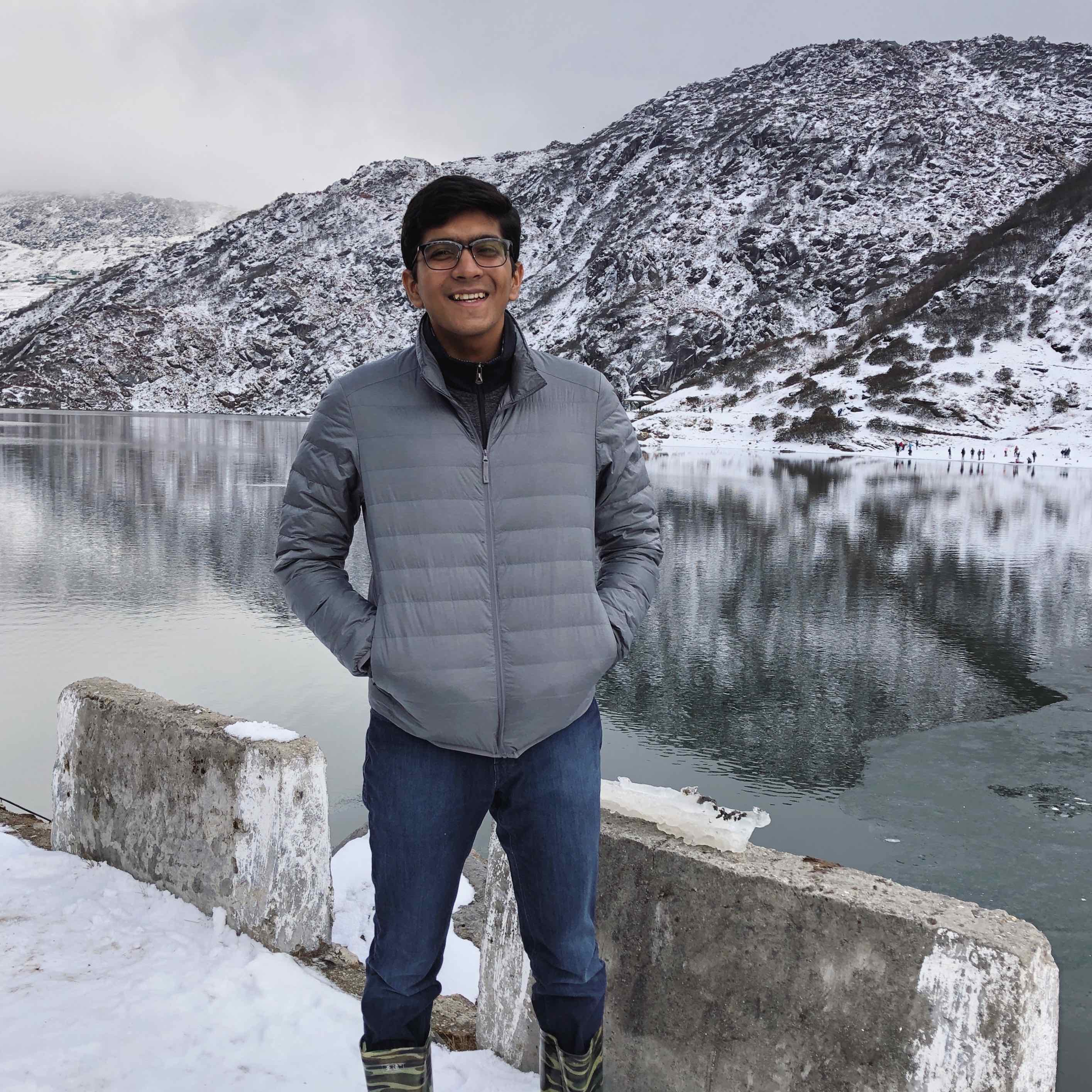 Can you tell I'm freezing?

On our last day in Sikkim, we traveled to Namchi in southern Sikkim and briefly to Nepal, where I successfully crossed an international border on foot while devouring a plate of momos before making our way to Darjeeling, West Bengal. We were in Darjeeling only for one night to catch the famous sunrise atop Tiger Hill. After waking up in the middle of the night in the freezing cold, we drove to Tiger Hill and watched (albeit while shivering) as the sun rose in between the mountains and bathed the Kangchenjunga range in shades of pink and orange. 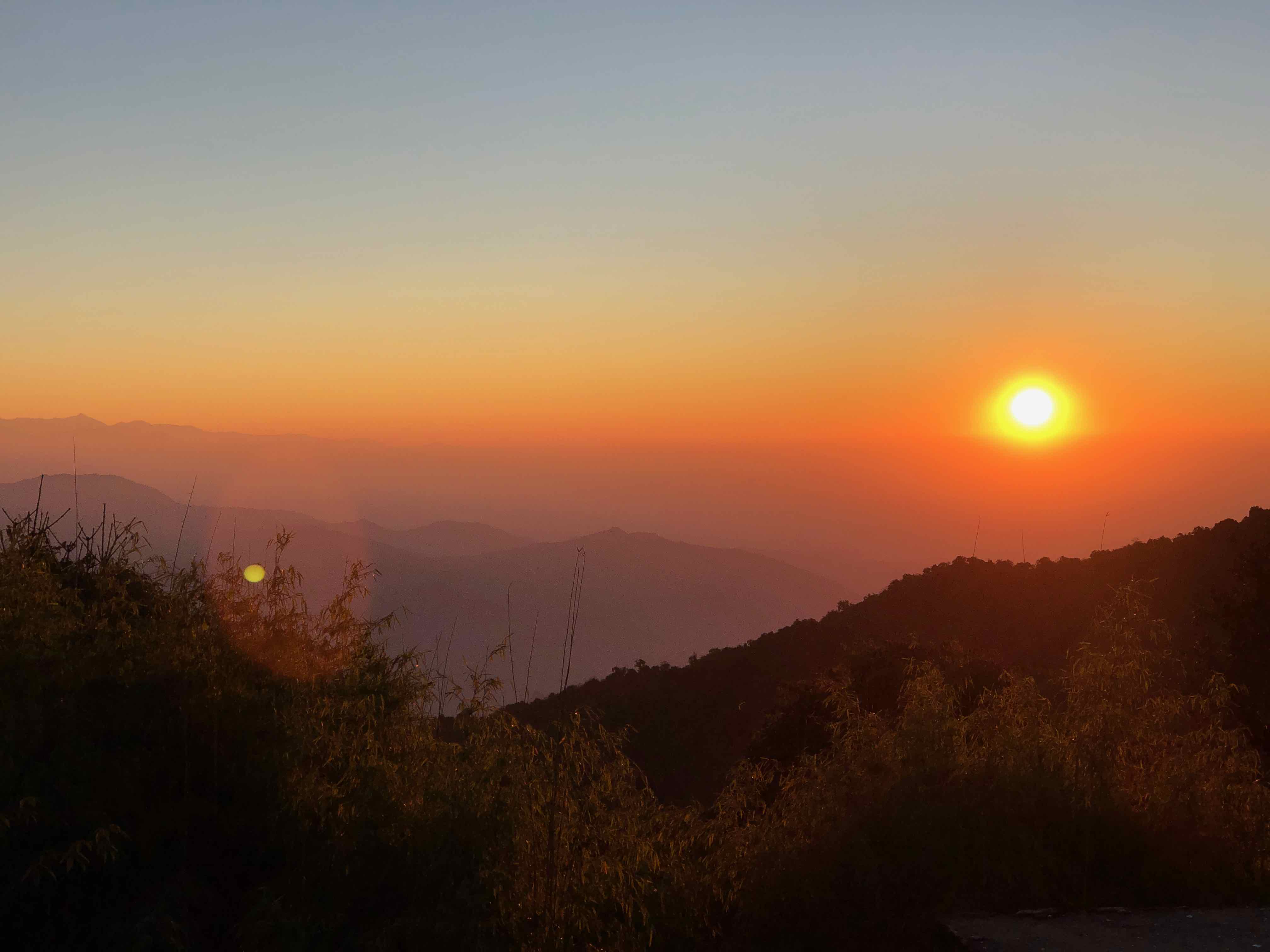 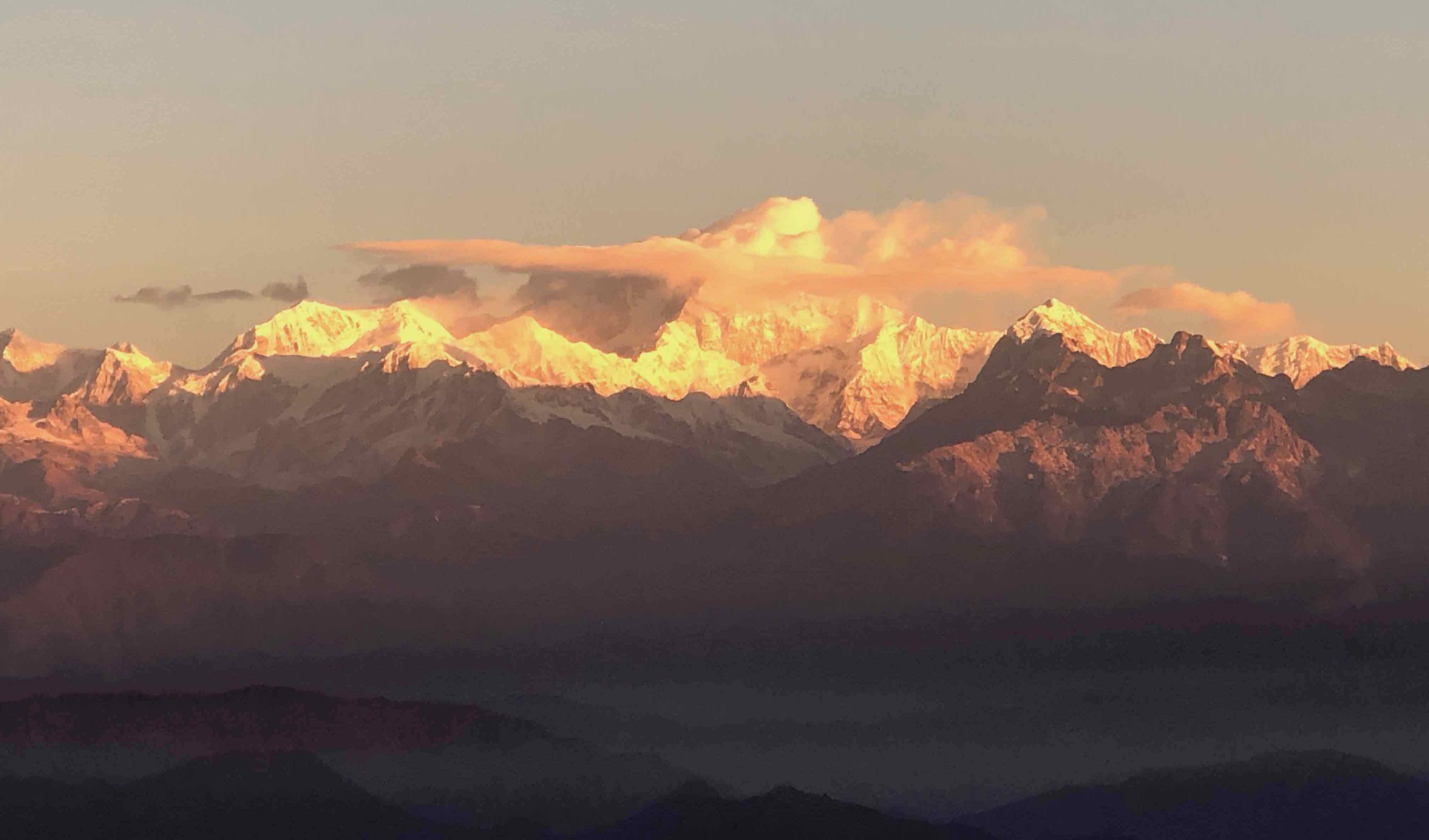