So, yesterday marked the end of my first week as a Software Engineering Intern at Google Singapore and I couldn’t be more excited about the next three months I’ll be spending here! 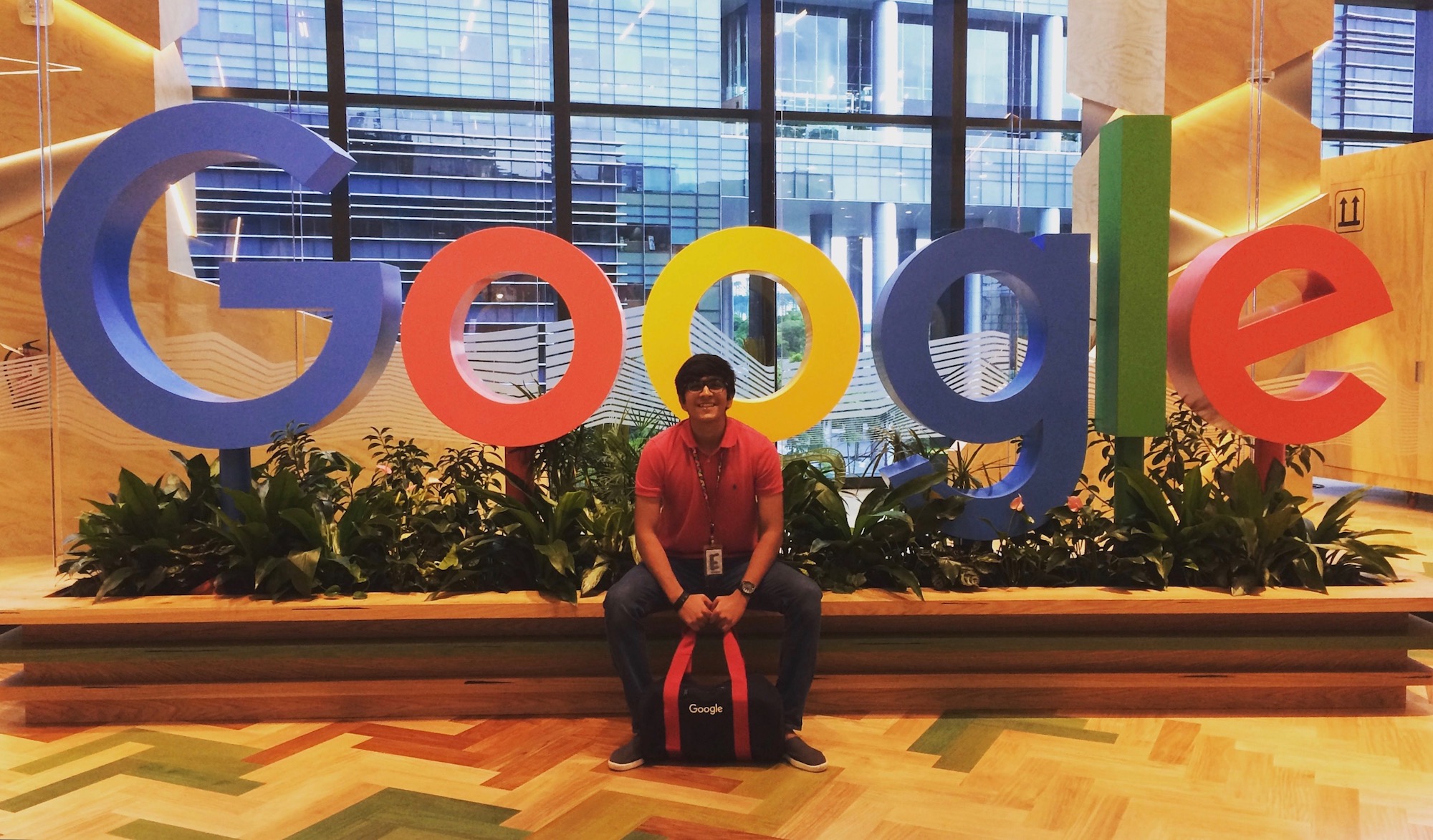 Right off the bat, the Google Singapore office is arguably one of the best offices in the world. It spans two and a half buildings and is divided into sections called kampongs named after different localities in Singapore. The meeting rooms are named and designed around places in Asia and the attention to detail is extremely impressive.

In addition to the beautiful office, working at Google comes with all the Google perks, including free breakfast & lunch at two cafeterias in the office, micro-kitchens stocked with snacks & drinks, freshly brewed coffee, a 24/7 gym, game rooms, nap rooms and Balinese-style massage rooms. The amount of food that Google provides for its employees is pretty insane and many Nooglers suffer from Google 15 i.e. the fifteen pounds you gain during your first year at Google.

Here is a video I found online showcasing most of the common areas at Google Singapore:

The first couple of days of the week were spent in Noogler (i.e. New Googler) orientation, which introduced us to the company and its culture.

I was pleasantly surprised by the fact that Google implements a relatively open and transparent internal policy, which allows for greater collaboration between teams and prevents individuals and teams from being silo-ed. At the same time, Google’s commitment to helping its employees (and their families) stay productive and remain happy is pretty commendable.

The Googlers I met throughout the week (and during TGIF, a weekly event with free flow beer, wine & champagne) were extremely friendly, welcoming and went out of their way to help me. More importantly, interns are treated pretty much the same as full-time employees at Google and I never felt like I was lesser than anyone working there (apart from their intimidatingly over-qualified resumes, of course1).

Additionally, from what I gathered during my first week, the engineering teams in Google Singapore seem to retain a very strong “startup culture” of moving fast and building great products, which is an environment I thrive in but something that a lot of tech companies tend to lose as they scale up.

In closing, I’m thrilled to be working here for the summer (already pushed a few lines of code to production on Friday, yay!) and can’t wait for Monday (something I thought I’d never say). Here’s to the next three months! 🍻

All of the summer interns with our Noogler caps!